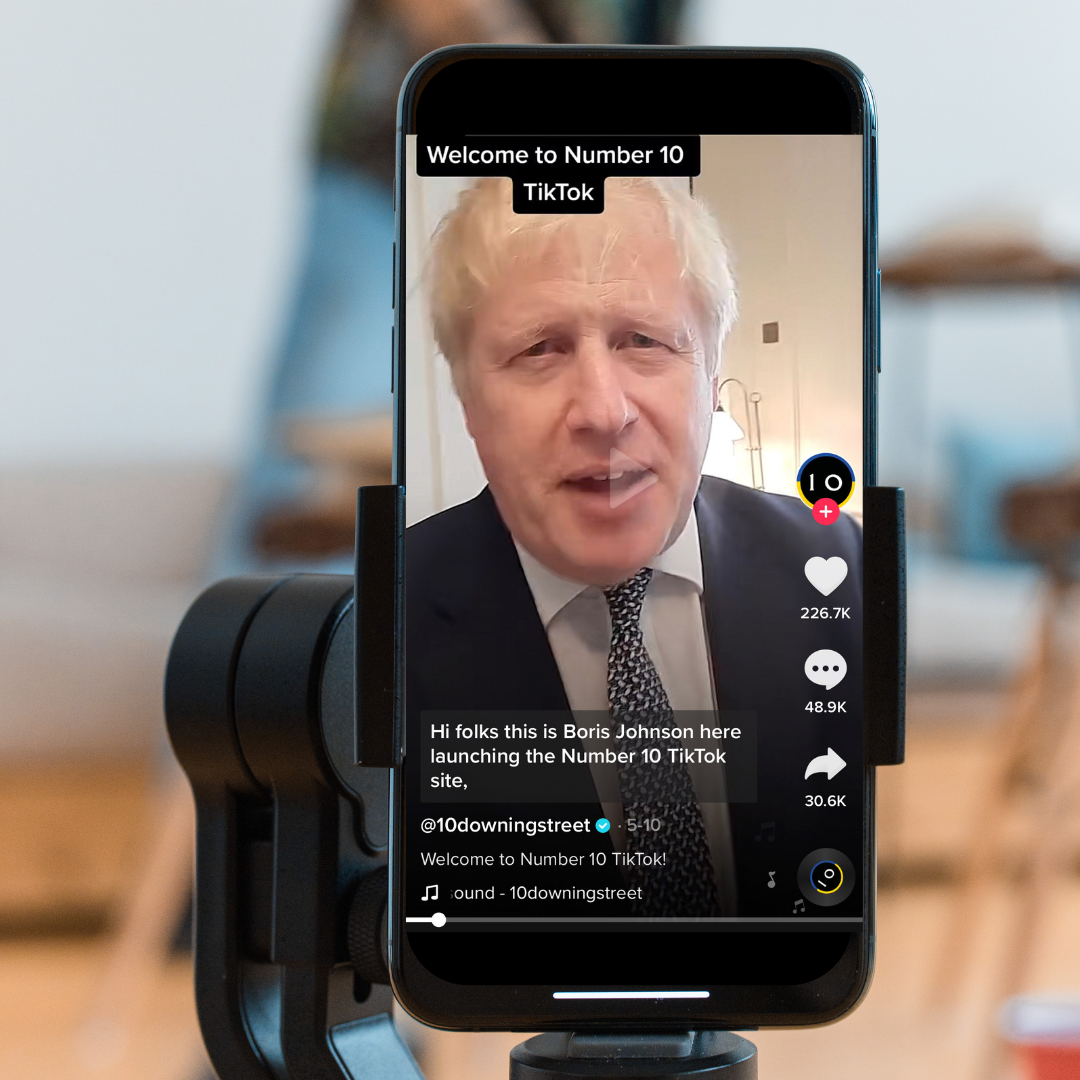 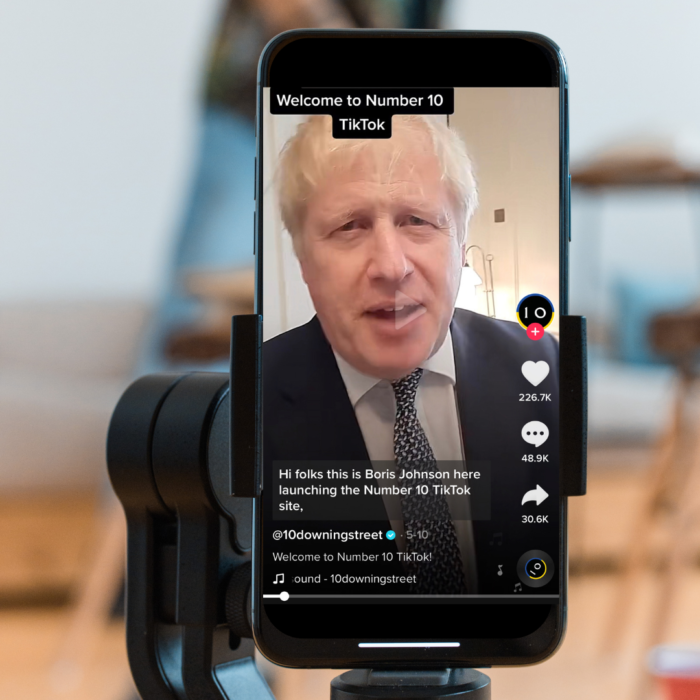 PoliTik-Tok – the rise of the TikTok politicians
May 2022

Remember the first time you connected with your Grandma on Facebook or your sibling on Tinder, and the overwhelming feeling that it was time to take your business elsewhere? Well… sorry, TikTok – the politicians have joined the platform.

In the last few weeks, the UK Government has joined TikTok, with its new account @10DowningStreet. So far we’ve seen Prime Minister Boris Johnson talking about Peppa Pig (again), Chancellor Rishi Sunak announcing cost of living support, and a behind the scenes look at the New Elizabeth Line. The account has already gained 270k followers and 822k likes.

While the Prime Minister has announced that he won’t be seen dancing on the platform, one of his parliamentary colleagues has made the headlines for her recent forays into TikTok culture. Secretary of State for Digital, Culture, Media and Sport, Nadine Dorris (@nadinedorriesmp) has been taken to the ‘Tok to talk-rap her way through the upcoming online safety bill. We’ll be honest – Doja Cat she is not. Across the house, Labour MP Zarah Sultana is one of the more prominent posters to PoliTik-Tok; the 28-year-old Coventry South MP has almost 320k followers, and has amassed 4.8 million likes on her videos.

Gone are the days when TikTok was solely a platform for Gen-Z’s to showcase their latest dance moves, it’s now a discovery platform for the latest music (link), a place for brands to strut their stuff and now, the latest organ for political parties to spread their messages.

In the UK, the official Government account appears to be the only party of note taking to the Tok (although there is a UKIP account which seems to be mainly posting screenshots from Facebook…). While the number of politicians on the platform is growing, it’s still fairly low. Overseas, however, plenty of political parties and politicians have been much quicker to climb aboard. In America, the Democratic Party started its journey in March 2022, making good use of trending sounds, while French President Emanuel Macron joined the party way back in July 2020, racking up 2.8 million followers along the way.

Is the increase of politicians and political parties joining TikTok a signal for the younger demographic to look elsewhere? Or could this be a useful way for groups who are not traditionally political to be inspired via their favourite platform? Hit us up on our social channels and let us know what you think.