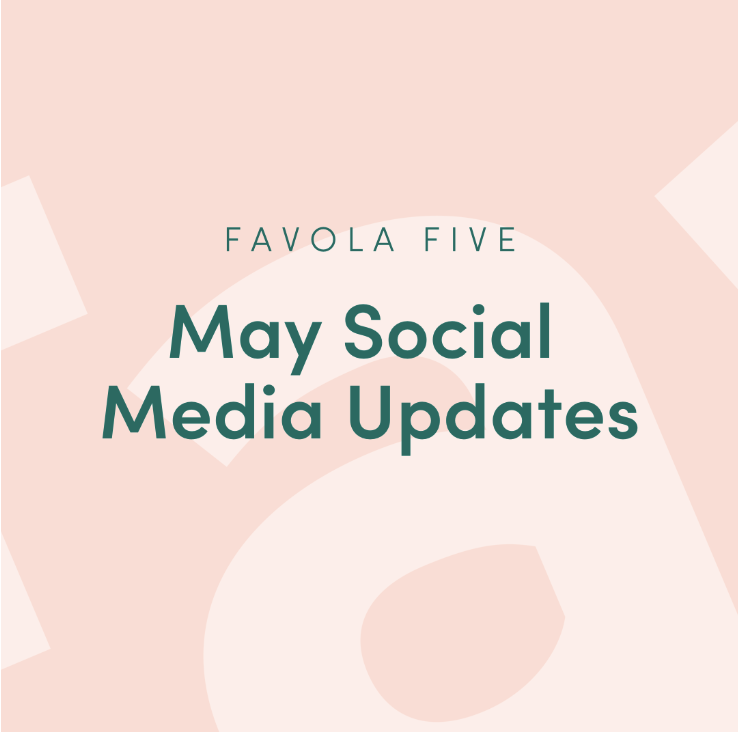 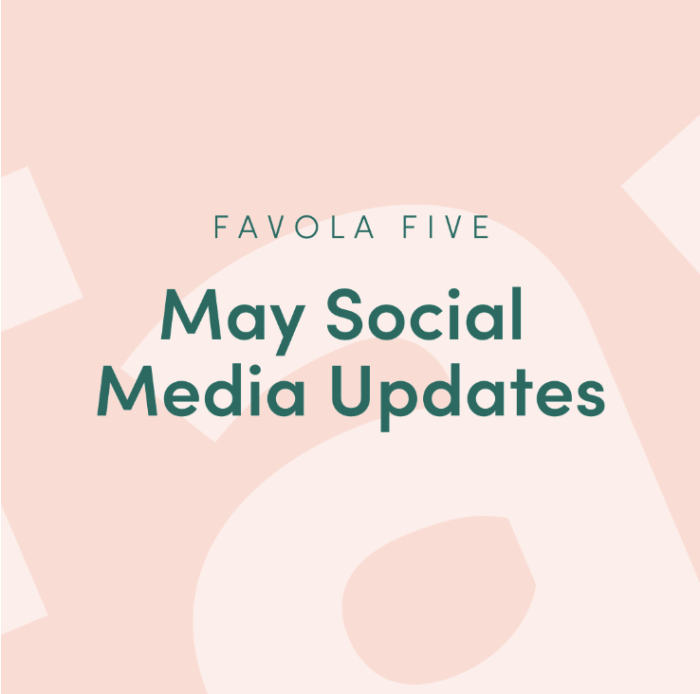 Favola Five: May Innovations
May 2022

DMs just got a DM (Dramatic Makeover). Instagram has rolled out over a half dozen new messaging features, following promises late last year that its inbox would get a significant upgrade in 2022. The changes include the ability to share music previews in DMs, the ability to send a message silently, the ability to see who’s online to chat with, the ability to reply to messages while you browse your feed and more. Looking to upgrade your Instagram feed? Well it looks like Instagram is testing a new, fully-integrated home feed that would do away with the Stories bar, and present everything in an immersive, full-screen, swipeable UI. Full-screen takeover? Yes, please.

Instagram’s been hinting at it for a while, and now, it’s launched a live test of a new option to pin images on your profile for selected users. Some Instagram users are now able to select a ‘Pin to Your Profile’ option on their IG posts, which enables them to dock a chosen update to the top of the profile grid. Pinterest is taking a big step towards tackling climate change misinformation, with a new announcement that it will now ban misleading climate claims entirely from its platform. That’s a significant step, and Pinterest is the first platform to make it. Let’s see if others follow suit! 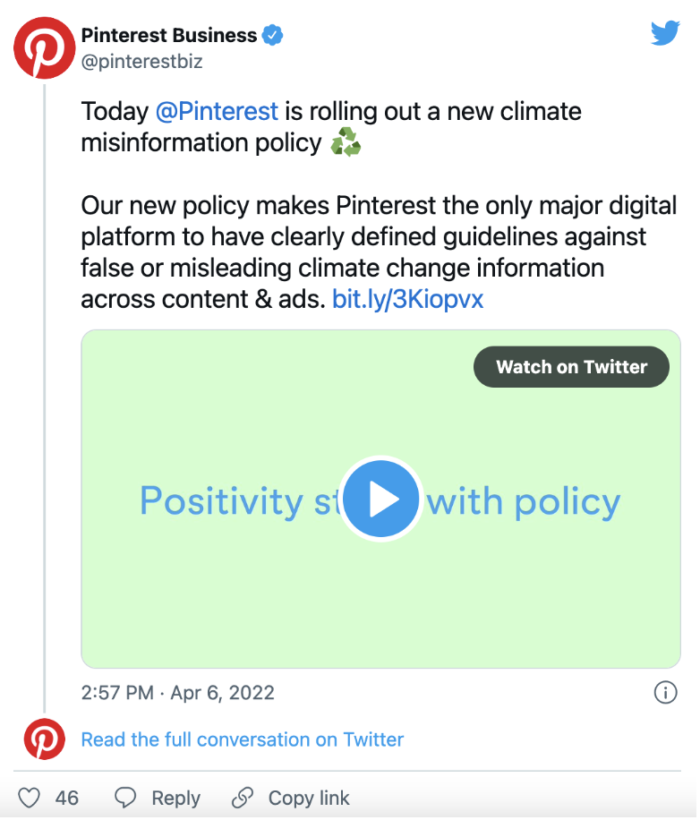 Let’s address the elephant in the room. The board of Twitter has agreed to a $44bn (£34.5bn) takeover offer from billionaire Elon Musk, which will put the Tesla Chief Executive in charge of the company

He has already called for a series of changes to be made to the social platform including relaxing its content restrictions, eradicating fake accounts, making the algorithm open source and introducing an edit button. What do you think the future holds for Twitter now it’s in new hands? Innovative updates to an outdated platform or an open playground for internet trolls?

Taking AR to the next level. TikTok is rolling out its augmented reality effects tool to all creators and developers. Effect House allows creators to make their own AR camera effects that can be used by other TikTok users in videos. In an announcement, the company says the effects platform will be open to “all creators, designers, and developers from around the world” and will include tools and learning resources.