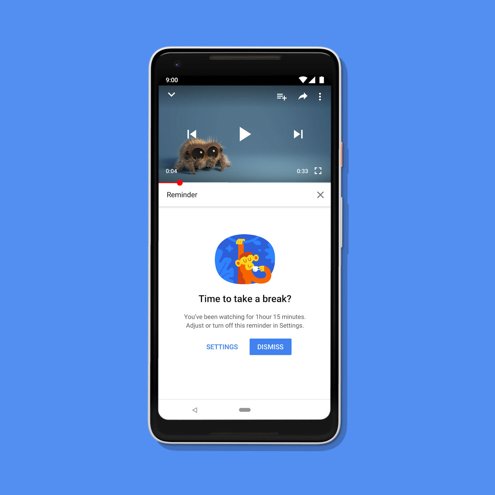 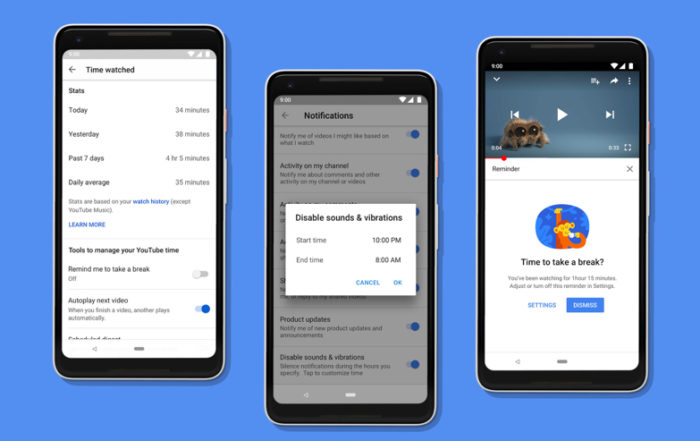 In a bid to help users monitor the amount of time they spend online, it was recently announced that Google is to introduce a feature that records and easily shows users how much time they have spent watching YouTube.

The announcement of YouTube’s monitoring features comes on the back of the roll out of Digital Wellbeing on Android 9 and Screen Time for Apple iOS. Both Digital Wellbeing & Screen Time present users with a comprehensive dashboard showing time spent across different Apps, and also allow users to set time limits and parental controls.

The introduction of digital wellbeing Apps on the two major phone operating systems, not to mention within YouTube itself, has the potential to significantly impact the time users spend consuming social media.

While there has been little obvious impact of the measures so far, with social media users spending an average of 135 minutes on social platforms every day in 2017, up 45 minutes on 2012, it’s possible that the features could slow the growth in terms of time spent on Facebook and Instagram. Indeed, it’s likely the rollout of monitoring to YouTube was prompted by the fact that YouTube users on average spend a longer amount of time on the channel versus any other social network, something that perhaps didn’t align well with Google’s “Don’t be evil” unofficial mantra.

In the future, we expect that Facebook will introduce similar monitoring tools for each of its platforms, although with advertisers knocking at the door, it would be highly unlikely that the company imposes any limits on usage – in the style of Apple’s Screen Time – on Facebook, WhatsApp or Instagram.

For businesses, as users and potential customers grow increasingly conscious with regards the amount of time they spend online, it’s important to double down on the effort to provide inspirational and compelling content that is aligned with the brand, tells a story and provides a reason for the user to follow and engage across social media platforms.