On 21 March 2006, Jack Dorsey, the CEO of Twitter, shared the first ever tweet: “just setting up my twttr”. The aim of this now global platform was to provide an outlet for sharing text-like messages to followers, friends and the wider public.

Since then, Twitter has stormed its way to becoming one of the biggest social media platforms in the world and boasts a modest 500 million tweets sent each day. That’s 6,000 tweets every second. Impressive.

Despite this growth, the perception of Twitter has gradually changed throughout the years, and we’ve seen the platform become an afterthought for some marketers when it comes to advertising their brand or product.

We explore the best uses of the microblogging site, below, and why it’s not just ‘the place consumers go to complain about a company’.

1. Breaking News: Twitter is the first point of call for social media users looking to find out news-worthy information in real-time. The platform has proved to be a key connector amid the Covid-19 pandemic, as well as through events like the #BlackLivesMatter protests.

2. Entertainment: Twitter also reigns when it comes to the entertainment industry. Have you ever watched a programme and then looked on Twitter to see what people are saying about it? Us too. Whether it’s the Great British Bake Off, Love Island or Game of Thrones, fans love to have their say using trending hashtags.

3. Politics: We’d be surprised if you said you hadn’t seen, or heard about, at least one of @realDonaldTrump’s questionable tweets. Being active on Twitter has practically become part of the job description for politicians and influential people. Watch a political debate and you can be sure to see questions coming in from the public on Twitter.

4. Brands: The best brands on Twitter in our opinion? The ones which have a sense of humour. Take Gym Shark for example – the brand uses sarcastic humour to develop a strong following with shareable tweets that go viral. 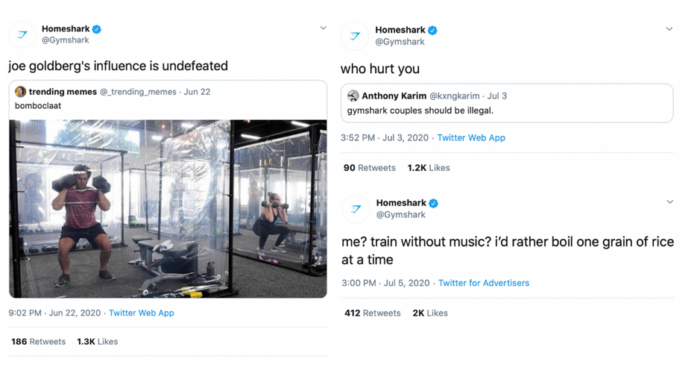 Or you have Yorkshire Tea who are the prime example of how brands acting ‘human’ on social media is a successful strategy. Yorkshire Tea frequently call out ‘trolls’ on the platform and are supported by other brands when doing so. 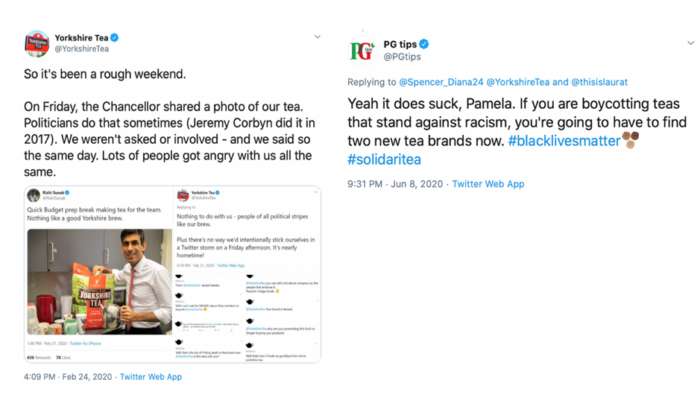 5. Organic social: And, what do all the above uses of Twitter have in common? All tweets are shared organically. You may have heard on the grape vine that organic social is dead, but not on Twitter; organic social dominates the platform. Twitter offers you an engaged audience ready to conversate on a level that is just not possible on other social networks.