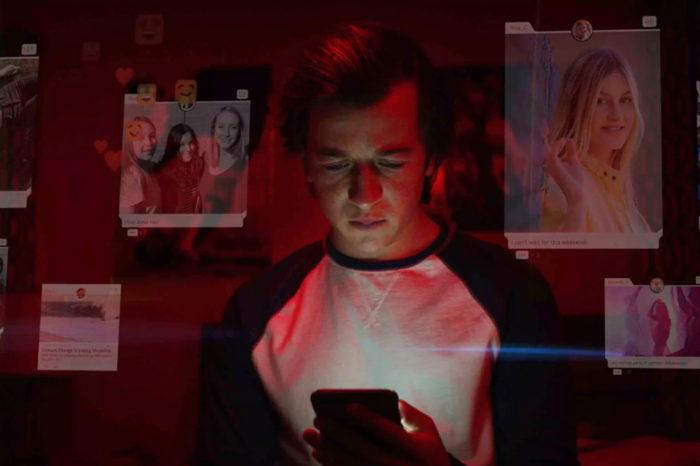 How many times have you said ‘just five more minutes’ as you scroll through your favourite social channels, only to be found two hours later still scrolling, lost in a virtual rabbit hole?
Every. Single. Day.

While social media is seamlessly woven into the fabric of our everyday lives, the latest docu-drama on Netflix, The Social Dilemma, discusses potential addiction and privacy breaches. A group of tech experts and former high-level employees at the top social platforms join forces with psychologists and professors to share a somewhat compelling and graphic account of the possible dangers of social media.

If you’ve watched it, you’ll appreciate that while some points are eye-opening, others are merely obvious or sensational. Perhaps we’re already desensitised to our data being exploited? Nevertheless, we’ve rounded up the top 5 key points, just in case you skipped the Netflix doc for the Emmy highlights on IG…

The film highlights some already well-known facts about social media, including the algorithm – a social media code which constantly evolves to become more intelligent in reading the user. The show makes the point that social platforms accumulate data to ensure paid ads are tailored and targeted to the relevant users. This can be negative (the abuse of your data), but can also be positive – as they just show you Ads that could potentially be of benefit. One thing we felt the film was a bit one sided on was how social media changes user behaviours. However, all media and marketing (tabloids, television, radio) employ similar tactics, and have been from their inception. Social media is not the first, nor will it be the last medium to modify user behaviour. It’s therefore about time that social media platforms were treated like publishers, rather than given a free reign – as is the case currently.

Propaganda, bullying and misinformation are well-versed topics on social platforms and are a legitimate concern. However, the issue is more widespread than social media. For example, WhatsApp, 4Chan, Gab and other forums are breeding grounds for false narratives and are not primarily driven by algorithms or profit motives, like the douc-drama condemns social media for.

Social media platforms have made recent updates to prevent the spread of misinformation, such as Twitter including labels and warnings and Facebook Messenger limiting the number of times a message can be forwarded – however it’s clear that much more needs to be done.

The ongoing battle to win over human attention – a sacred commodity – is the most valuable product online. Social media will constantly adapt to your behaviour, and tailor content based on your online activity. In order to gain your engagement, social channels serve you inviting push notifications and recommended videos. The film compares this to the slot-machines in Vegas, and rightly so. The practise is powerful; compelling the user to digest repetitive but ever-changing content. The trick is to be aware of the game.

The documentary targets social media as the ‘villain’, and inadvertently brackets Google within this group. That’s a rather large group, don’t you think? Really, the programme should be titled: “The Online Dilemma”, as generally speaking the problem lies online. Social media is just part of the online parcel. Take a look at Gmail’s interface which encourages around the clock emailing. Is this really an addictive interface design or rather, an effective demand for work life?

The docu-drama flags social media as the cause of an increase in mental illness, and this is certainly true. However, there are of course wider factors, such as economic instability, a global pandemic or trends in society that contribute to mental health concerns – which aren’t acknowledged in the documentary.

Social media can often be a safe place for many users; providing wider connections. For example, COVID is a prime example of how social platforms can act as a champion for human connectivity and improved mental health – we just wish the platforms would work harder to try to accentuate the good, and not promote the bad.

We say, while we advocate social media and the positive experiences granted in engaging online, it’s also important to take regular breaks, go offline and clear your feeds of unwanted negativity. It’s also clear there needs to be more regulation, including platforms being treated like other media publishers, in order to stop some of the detrimental societal impacts that social media can contribute to.