The Latest from Snapchat
September 2020 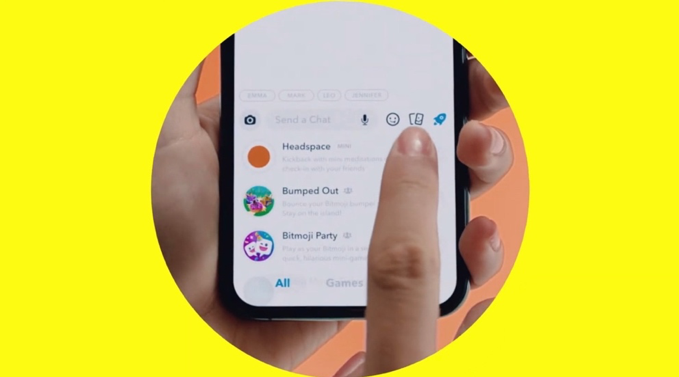 Snapchat is having a moment. Whilst many disregard the social media app (“It’s not social media!”, screams someone), the company recently reported an increase of 9 million daily active users in Q2 2020, taking the grand total to a respectable 229 million. The spike can be attributed to emerging markets outside of US and Europe, with an increase of 6 million DAU from the ‘Rest of the World” category. Take India, which has “seen over 100 percent growth in daily active users over the past year”, according to Snap CEO Evan Spiegel.

Perhaps this is due to TikTok’s mass popularity in India, feeding the Gen Z users’ insatiable appetite for online interaction. Let’s not also forget that the Chinese-owned app has now been banned by the Indian Government; another reason to switch and start Snapchatting.

So, what is Snapchat doing to evolve and ensure they satisfy their new following? Here are three new functions the app has recently added:

A clever way of collaborating with other big brands, “Snapchat Minis” is now live. Essentially an app within an app, this new service allows users to enjoy popular apps within Snapchat without the admin of downloading them. Take Headspace, for example, the prevalent meditation site, which is now available to Snap users. Other major partners include Coachella (awkward timing) and Saturn, the school class scheduling app – rather appropriate for the dominant young demographic. 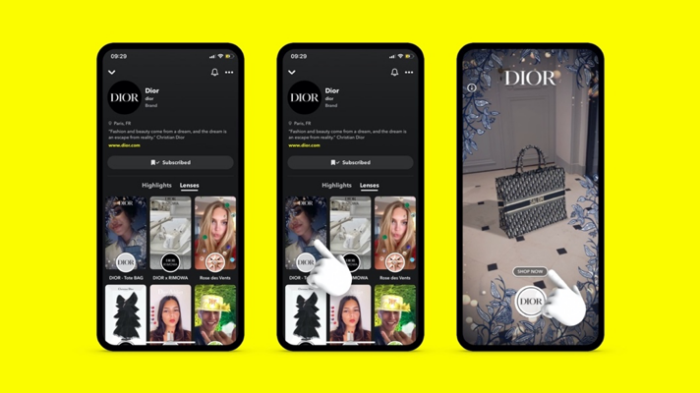 In an effort to strengthen its appeal to businesses, Snapchat has now launched Brand Profiles, meaning brands are able to create professional accounts, taking them one step closer to the coveted Gen Z and Millennial spotlight. Brand Profiles are similar to the already existing Creator Profiles, in that they differentiate from the regular user account. Companies will be able to share their Snaps, Stories, photos and videos via on their profile and ‘highlight’ favourites; allowing Snapchatters to understand a brand’s personality. The biggest draw, commercially speaking, is the inclusion of a native Store, meaning users can browse and purchase in-app (similar to Shops in Facebook and Instagram). Clever pandemic timing.

New Voter Registration Tools Ahead of the 2020 US Election

Whilst this may not be applicable to us Brits or the rest of world, Snapchat has recently ‘upped’ its US voter game. With over 90 million daily active users in America, we’d be adding a timely voter tool, too. But how exactly does a social media app do this?

Firstly, with the assistance of Snapchat Minis (hello, point one), users can now register to vote within the app (nifty). Through the power of Minis, voters can also access further information about their voting options ahead of the poll. Lastly, the video-sharing platform has created a Voter Guide and Checklist, to help users (many young and first-timers) to navigate the tricky world of American politics and the logistics of casting a vote.

So, will Snapchat’s endeavours be in vein? With 90% of its users aged 13-24, the app needs to constantly adapt to an audience which is quite literally growing and growing up. That means experimentation and appealing to the key demographic’s interests, such as wellness, politics and social issues. If their recent incline in followers is anything to go by, the trick is working.