The Hottest Club in Town
March 2021 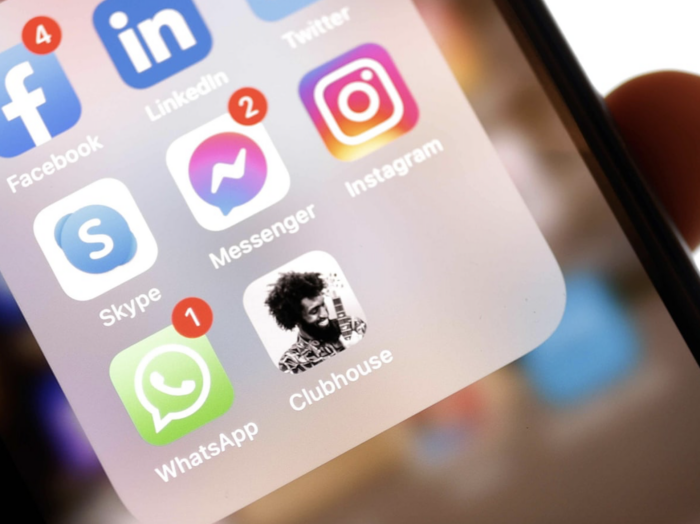 It’s the hottest invite in town, and considering we’re in lockdown at the minute, there’s no surprise everyone wants in on the virtual deal.

Clubhouse – if you’re in the 1% of the population who hasn’t yet heard of it – is the new, invite-only social media app. With an air of mystery, exclusivity and slight snobbery (let’s be honest), it’s basically social’s answer to Soho House. However, despite the audio-only platform launching in April of last year, it isn’t until now that the channel has garnered some pretty mainstream attention.

At the start of December 2020, it had just 600,000 members around the world. However, it now boasts over 10 million weekly active users, with a crowd that includes Oprah, Drake and Elon Musk, who famously rocked up to host a ‘room’. Suffice to say, his chat soon exceeded the 5K listener limit.

So, what makes this oh-so selective app different to the likes of Instagram, Facebook or Twitter? Clubhouse, unlike any of its competitors, is all about connecting people via the power of audio… and audio only. Forget awkward eye contact, fake backgrounds and being asked to turn your camera on, the interaction is based on conversation alone.

Once you manage to virtually enter Clubhouse (where there’s a will, there’s a way), you can eavesdrop on interviews and discussions, join in on conversations or even host your own room. Conversations take place in ‘rooms’ on the app, with a limit of 5,000 people per conversation. When you join, you’re prompted to select topics of interest (books, music or health) and the app then uses this data to recommend ‘rooms’ to join. The more information you give, the more rooms the app recommends – a new take on TikTok’s famous ‘For You’ page.

Another unique feature about Clubhouse is that unlike other social media platforms where content exists eternally, unless deleted, rooms come and go as people launch or end them. Adding to the app’s USP of exclusivity, conversations have a 24-hour expiry date; after which they enter the online ether, never to be listened to again. It’s all about living in the moment, guys.

You may be wondering – how do I get a golden ticket? Here’s the deal: each new member is allocated two invites, with a chance to earn three more by using the app. However, sharing’s caring – if you head to our Instagram post, you may just be able to get your hands on one from us. Click, click, click…