This month has us exploring social platforms which rarely receive attention in our monthly Innovations blog; highlighting the power of a true underdog.

Let’s start by welcoming Clubhouse to the table, the new social audio app which has now been downloaded 4.7 million times since its launch, April last year. Some of the world’s super-rich and famous are already big names on the app, including tech-giants Elon Musk and Mark Zuckerberg, rappers Drake and Kanye West and media mogul Oprah Winfrey. Side note: we suspect Zuckerberg was there to take notes.

Open the app and you’ll notice the stark visual. The lack of imagery, video and text is due to the channel’s audio-only USP – a feature which hones in on the intimacy of radio and the success of podcasting. So, how can you get in on the action? The trending app is currently ‘by invitation only’, so you’ll need to know someone on the inside. Lucky for you, we have an invite or two up our sleeve. Want in? Visit our recent Instagram post to learn how. 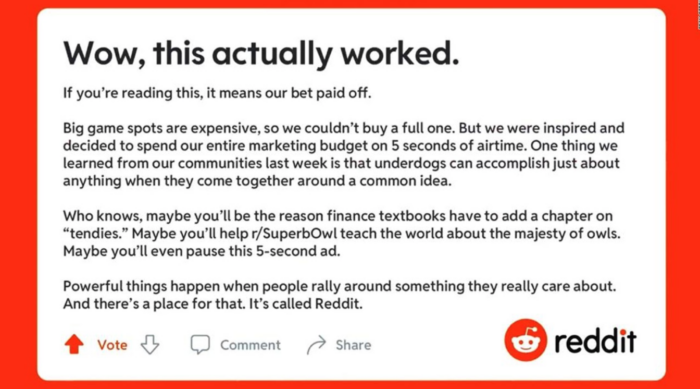 In true underdog style, the social media platform, Reddit recently managed to steal the limelight with a savvy advertising move. The forum platform spent their entire marketing budget on five seconds of airtime on America’s broadly televised Super Bowl, in the hope that viewers would pause the brief advert to read the lengthier message. Tactical move or football fumble? We think the results speak for themselves – Reddit’s site crashed after it ran the five second ad spot and left people wanting a whole lot more.

We couldn’t have said it better ourselves, Reddit: “Powerful things happen when people rally around something they really care about”. We’re curious to see what the future brings for the platform. 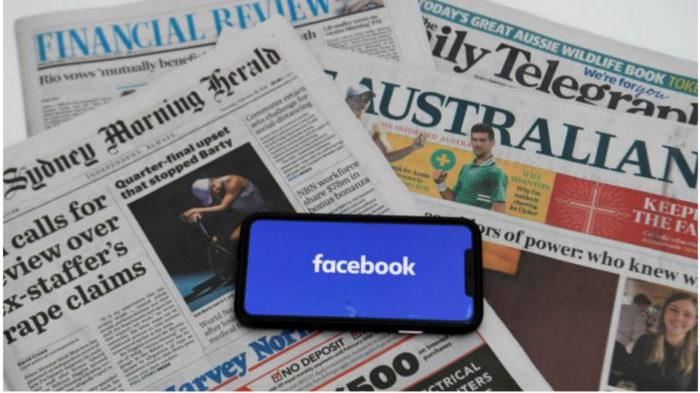 Whilst the underdogs take centre stage this month, Facebook has managed to creep in – such is the power of the reigning platform. Truthfully, how could we not cover the site’s recent Australian scandal? No doubt you’ve heard mention of the Facebook restrictions, which barred Australian users from sharing or viewing news content on the platform due to a new proposed law by the Australian Government.

Fear not, it ended well – sort of. The Australian Government and Facebook have since come to an agreement that will see some changes on the platform address the Government’s concerns, but which still allow commercial newspapers to continue to publish on the social platform. However, there’s no denying that Facebook’s brazen move didn’t sit well with the masses, with talk of other countries, such as Britain and Canada, to follow in Australia’s footsteps. Keep your peeled on our Instagram grid for updates…