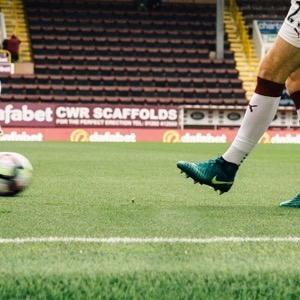 With the major international football tournament UEFA Euro 2020 well and truly underway, we thought it right to take a sideways look at some of the highlights that scored on social (naturally).

While TikTok only launched their first TV ad in the UK last year, the social media video app is the official sponsor for this year’s major football tournament. With a deal thought to be worth tens of millions of pounds, it is the first time a digital entertainment platform has sponsored a major football tournament and is marketing first for TikTok. Whey!

As part of the deal, TikTok has launched an official Euro2020 account, AR filters, video live streams, and an entire EUROs Hub for daily match schedules, results, and challenges. As the football TikTok community continues to grow, the most-followed footballers include Poland Captain Robert Lewandowski and top England striker Phil Foden, who have over 5 million followers combined. Top-scoring legends. 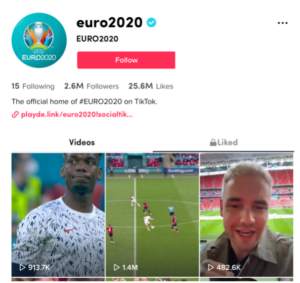 With great skill comes great influence, right? Cristiano Ronaldo may be the most followed person on Instagram, but his recent antics caused controversy online. Ronaldo’s public disdain for Coca-Cola, which involved him removing a Coke bottle in a press conference, caused online fans to go wild, and Cola-Cola’s market value to plummet £2.8 billion. Maybe he just prefers Pepsi?

Never one to miss out on an opportunity to capitalize on a viral situation, Ikea’s reactive marketing team scored just hours later promoting their glassware, named ‘Cristiano’, which is for water only and sustainably produced, obvs. 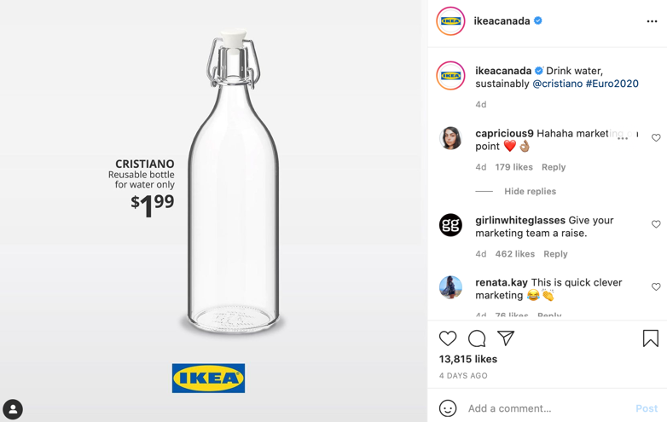 Even the World Health Organisation (WHO) seized the opportunity for self-promotion and posted a link on Twitter to one of their articles highlighting the potential health benefits of cutting out sugar from your diet, just like Ronaldo. 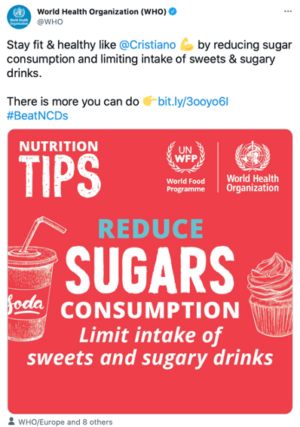 Reactive marketing is a key opportunity to capture an audience and shout out about relevant timely messages. While the British Heart Foundation (BHF) had no plans to be a Euros advertiser, after the shocking on-field collapse of Denmark footballer Christian Eriksen, they made a CPR Ad within 18 hours. The website has seen more than a 2,000% increase in visits, with users finding out how to use a defibrillator, watching life-saving tutorials, and re-sharing important steps on social media. Bravo. 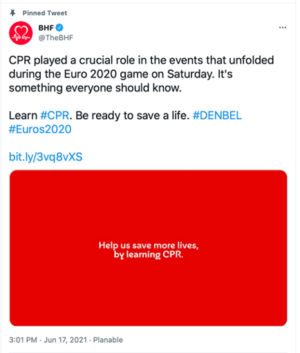