Jack Grealish was already a hero to many football fans but following this year’s unforgettable Euro 2020 tournament, he has stolen the hearts of the whole nation. The 25-year-old winger from Birmingham has become the face of numerous brand partnerships and TikTok trends, as well as flooding everyone’s feeds with his iconic hair (and calves). 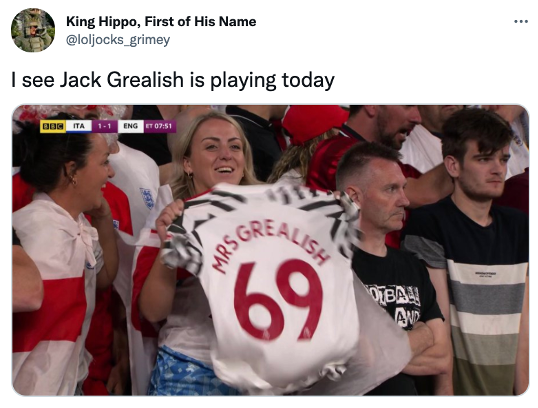 On TikTok, #JackGrealish has 670.3M views, followed by #JackGrealishEdit with 58.2M views and #JackGrealishHair has even gained 5.2M views (we’re not surprised, tbh). His own TikTok following is pretty substantial with 2M followers, but even if you don’t follow the Man City player yourself, you can bet you’ll still see his face popping up on your For You page.

Users are plugging him into every trend and challenge possible, from #BillsBillsBills to show their appreciation for his (in this order) looks, legs, hair… oh, and football skills. Grealish has become a walking meme. With versions of him on the pitch, on holiday, in the car, or just existing, going viral for bringing a smile to everyone’s faces. 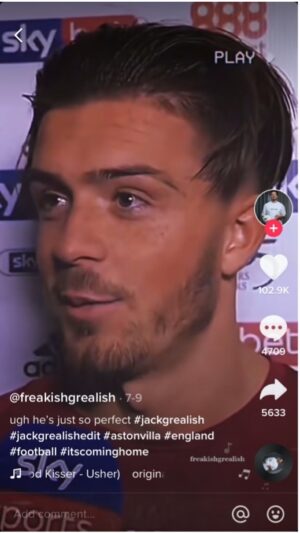 You won’t only find Jack trending on TikTok. He’s got his fair share of Instagram success too. Take Grazia’s top performing Reel, featuring the man himself detailing his impressive hair routine. Gaining 318k views so far, the Grazia social media team hit the jackpot when they added this to their Reel schedule. You may not expect to see a football player on the popular women’s magazine feed, but when it comes to Jack Grealish and his insanely wide reach, it was a no brainer that it was going to be enjoyed by all. 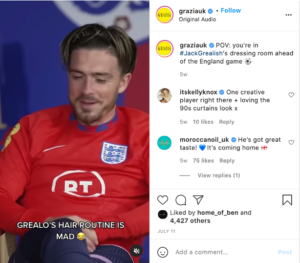 A Boohoo Man partnership is something you’d expect to see from a Love Island finalist or big-time musician. As with everything else, Jack Grealish has seamlessly transcended into another point of interest (fast, affordable fashion), gaining him an even bigger fan base. This could be the start of many fashion deals for the England squad, with Grealish paving the way for the rest of his team and future generations of English footballers. 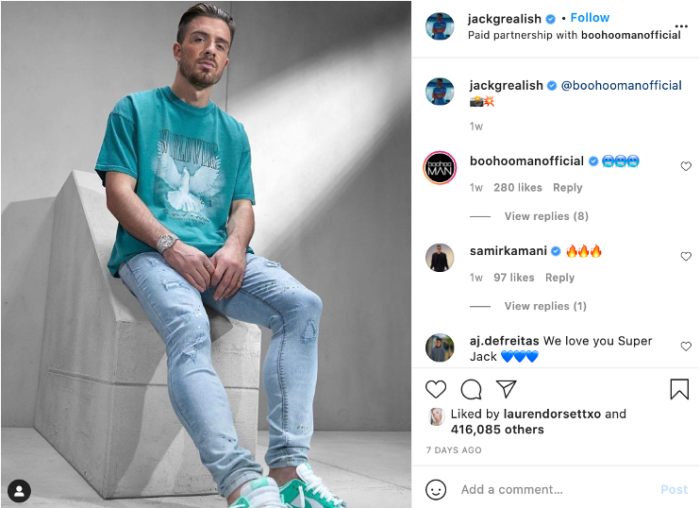 Well, there’s one thing we know for sure. Every man, woman, child and their dog is a HUGE fan of the Brummy star, for more reasons than one, and it’s exciting to see where he will venture next, both on the pitch and on the social media scene.