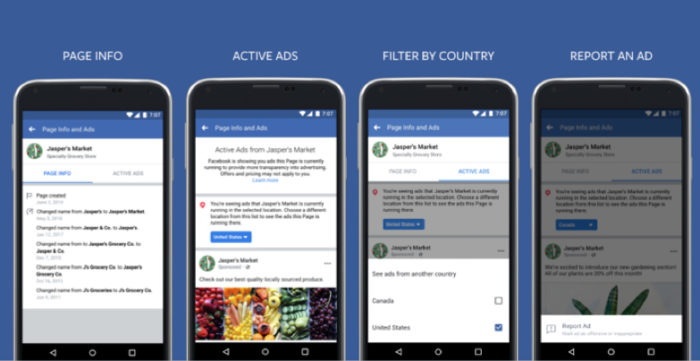 Following the recent revelation that Russian trolls were able to purchase political Ads in the run up to 2016 US election, and news in the UK that Vote Leave broke electoral law in the months preceding the EU Referendum, Facebook has released a raft of new measures to improve the transparency of advertising on its platform.

The major change is that any user can now easily see any advert placed by any political or business Page. In addition, users can now access information on political Ads placed on Facebook, Instagram and Messenger, such as how much the ad cost, who was behind the ad, and the demographics of its target audience.

For businesses using Facebook to advertise, the changes mean that their own Ads will now be available for all to see under a separate area of their business page. However, this change also means that businesses can now see what their competitors are posting.

While it’s not possible to see what the overall campaign send is, the end of dark Ads means businesses can react to what their competitors are doing, which actually has the potential to drive up Facebook Ad revenue.

If you are interested in seeing what Ads your competitor is currently running, head to their Page and hit the new “Info and Ads” button on the bottom left hand side (desktop version). You may be surprised by their level of activity.