With media attention shining a light on some influencers who have decided to snap and share their travels abroad during lockdown, it’s no wonder the social world is a little torn on the subject.

#Dubaigate has dominated the press recently; influencers who have boasted of their sunny trips amid the global pandemic are now facing a public backlash after they were slammed by the Home Secretary.

While some influencers are insisting they’re abroad for work, followers are becoming increasingly frustrated at the example these ‘influential’ people are setting, so much so that some companies are now urging their influencer clients to refrain from posting their holiday snaps.

To be clear, what makes a person an influencer is having the ability to affect the behaviour and purchasing decisions of others because of their positive relationship with his or her audience. Many influencers rely on their social media following and, with the holidaying of some going down like a lead balloon, you have to wonder if it’s really worth it. Because what is an influencer with no followers left to influence?

It’s not a one size fits all, however. There are a number of influencers who have used their power for good. Take Joe Wicks, the Body Coach, for example. Dubbed the nation’s favourite PE teacher, Wicks held live PE lessons every morning on his YouTube channel when schools first closed. He has since been made an MBE in the monarch’s birthday honours list, having raised £580,000 for the NHS by hosting the daily workouts for children.

A&E doctor and ex-Love Islander, Alex George has also led by example in how to positively influence. Just last week, Dr Alex George was appointed by Prime Minister Boris Johnson as Youth Mental Health Ambassador for the Government and regularly posts content to help followers look after their mental health. 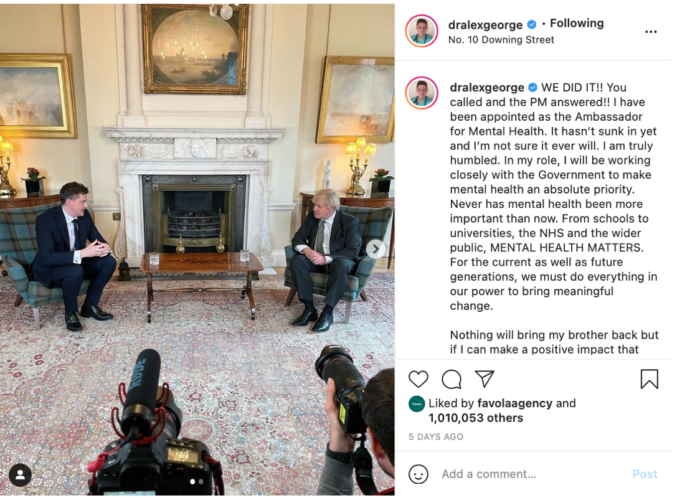 Whatever your opinion is of influencers, there’s no doubt that influencer marketing can present an opportunity like no other, given the current climate. Let’s be honest… everyone is at home, religiously scrolling through their phone, day in, day out. If brands can successfully partner with the appropriate influencer for their audience, they can most certainly increase brand awareness and their marketing ROI. But, as a word of warning, brands will need to be careful in their selection process to avoid any controversy like we are currently seeing. No one wants to be associated with bad press, however beautiful the pictures are.