Cult online sportswear retailer Gymshark sales skyrocketed 217% to £40.5m in FY2016/17. Its rapid rise means that it will overtake established players such as Sweaty Betty with analysts expecting it to reach £200m in global sales by 2019. 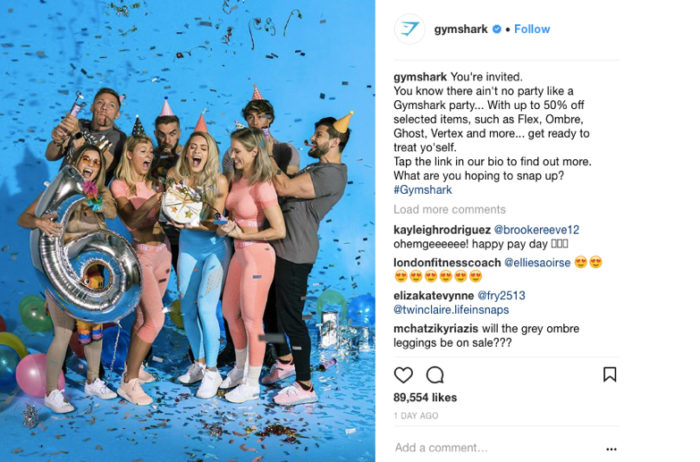 Despite tough competition from major sports brands like Nike and Adidas, Gymshark has achieved success through appealing to a young, fashion-conscious audience, and has managed to grow sales from both genders, something that gives it a wider audience than female-focused Lululemon and Sweaty Betty.  Innovations such as Gymshark’s Seamless Energy sports leggings that come with built-in underwear to ensure that they are ‘squat-proof’, have also helped the brand to carve out its own niche.

But it’s Gymshark’s use of social media influencers that have really helped the brand to gain traction among its target audience. 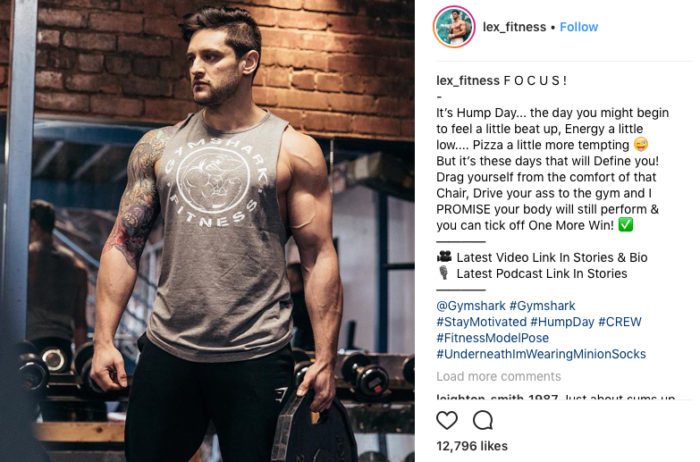 The brand catapulted itself into recognition by sending its gym wear to Lex Griffins– a well-known fitness guru followed by gym buffs – who consequently wore the merchandise and directly communicated the quality of the ranges making it a must-have among fitness fanatics. Now Gymshark has an army of high-profile fitness influencers promoting its product on YouTube, Instagram, Twitter, and Facebook. Think Love Island hulks, and models with washboard abs.

The outcome is 2.2 million engaged followers on Instagram, significantly more than rivals JD Sports and Sports Direct, and an engagement rate hovering just below 2%, which is high for such a big follower base.

Currently, Gymshark has a ‘shop the Instagram look’ feature on its website, although it has been a little slow to incorporate a purchase function into its Instagram account – a feature that was launched back in March 2018.

As a result of its huge social media following, sales have flourished, so much so that the brand has rejected stores in favour of pop-up stores with guest appearances from influencers. Not stocking through third-party retailers such as ASOS, JD Sports and Sports Direct also ensures that the brand’s influencer-led image stays intact and it retains its cult image among gym-goers.

Gymshark isn’t the first retailer to use influencers, but its clever use of them has enabled it to carve out a successful business in a market traditionally dominated by Adidas and Nike.