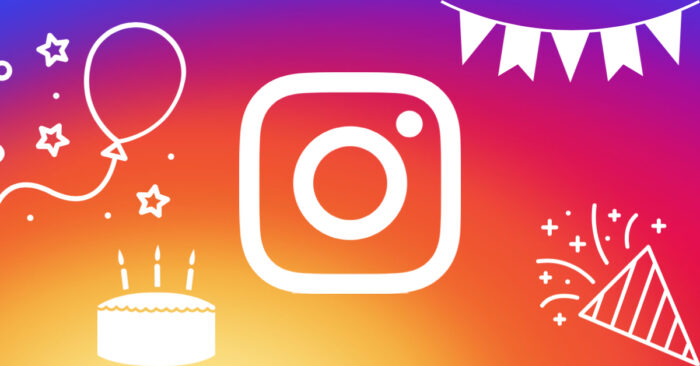 Today marks Instagram’s tenth birthday. A whole decade of doing it for the ‘gram.

With over one billion monthly active users, no one can argue against Instagram as one of the most popular social media platforms out there today. From its humble beginnings as a simple photo sharing app, we’ve taken a look at the evolution of the platform below.

When Instagram first launched in 2010, it was an iPhone-only app whereby users could only take square framed photos from within the app (yes, you read that right). There was a small selection of filters to apply and other users could like or comment on the post.

A few years later, in 2012, Facebook bought Instagram for a cool $1 billion (£760 million) and, in the hands of this social media giant, sponsored posts were introduced which allowed brands to advertise on the platform.

Since then, Instagram has released a bucket load of in-app features and external apps to keep up with competition. While not all features are entirely unique (cough, Snapchat, cough, YouTube, cough, TikTok), Instagram has proved itself a force to be reckoned with.

First up was Instagram Stories. While people were dubious of the Snapchat look-a-like at first, Instagram now boasts 500 million active users of Stories, and, with the addition of filters, stickers and other visual effects, Stories are now more engaging than ever before.

Following closely behind Stories was Instagram Live; a feature on Instagram Stories that allows users to stream video to followers and engage with them in real time. With users’ insatiable appetite for content, Live offers a powerful way for brands to connect with their followers that no other form of content can.

Finally, with the threat of TikTok looming larger by the day, we said hello to Reels just a couple months ago. Similar to Stories, a Reel is a 15 second maximum video clip which is set to music, audio or silence. This short but sweet piece of footage can be posted to your Stories or grid and is automatically shared in the Explore tab with a view to gaining exposure and potentially going viral.

The rapid evolvement and popularity of Instagram has gone so far that many creators and influencers are able to make a living from the platform. Kylie Jenner is reportedly paid around $1.2 million (£960,000) for a single Instagram post. We can all dream.

So, what does the next decade look like for Instagram? While we don’t know for sure, I think we can confidently agree that it won’t be as easy as the first decade. With more competition than ever before, and issues such as bullying and fake news knocking at the door, Instagram can’t let its foot off the gas just yet.