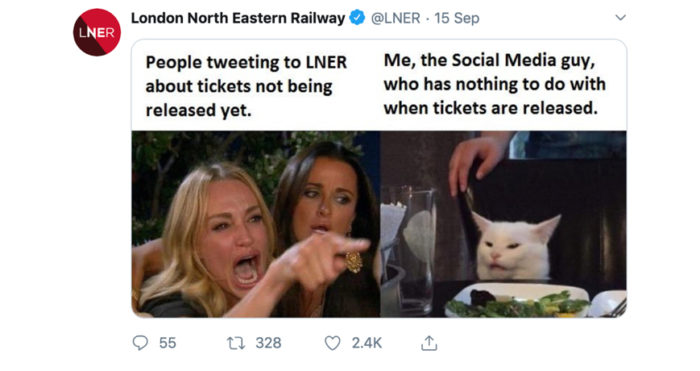 For all the Community Managers Out There

In what could be deemed as quite dull territory, London North Eastern Railway have managed to create a social media feed, full of witty and irreverent content for their travel updates.

Nothing illustrates this better than a recent ‘ticket release’ tweet shared by an exhausted community manager who managed to keep the upper hand.

To all the community managers out there, we can sympathise with you. 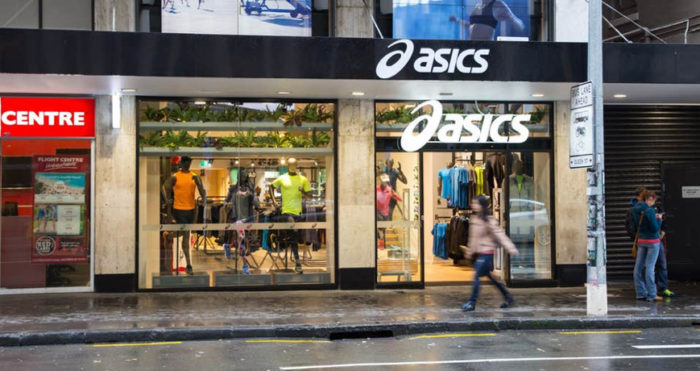 ‘We sincerely apologise to those who saw the content’

Explicit videos were recently broadcast on the big screens of Auckland’s Asics store.

Passer-bys were less than impressed with the content, “It’s totally inappropriate and offensive, not something that you want kids exposed to”. Rightly so. 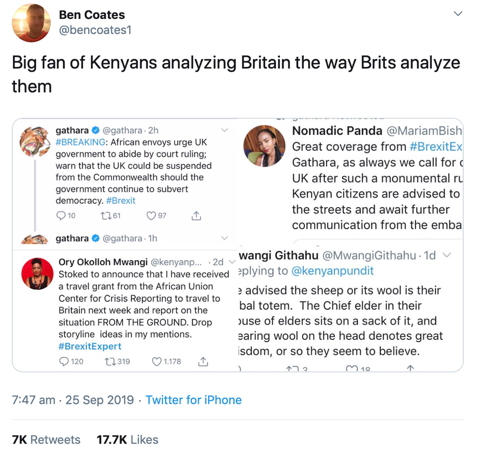 Kenyans have taken to Twitter by storm to make a parody of the shambolic Brexit negotiations.

Turning the tables, users have criticised the UK in the same way that Brits spoke of Kenya during the battle for independence.