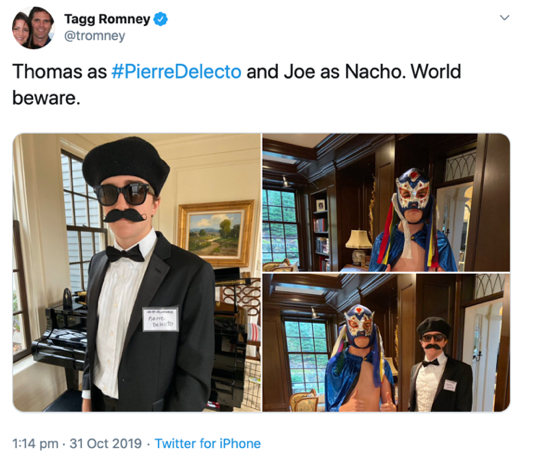 The Face Behind Pierre Delecto

As if things in US politics couldn’t get stranger, last month Mitt Romney was ousted for his undercover Twitter account, Pierre Delecto; an account which according to Guardian “offered mild criticisms of Donald Trump and polite defenses of … Mitt Romney”. When accused, Romney simply confirmed the allegations with ‘C’est moi’.

However, Pierre Delecto has appeared again, after Mitt Romney’s grandson was seen dressing up as the Senator’s alter ego for Halloween.

The Utah Republican seemed to see the funny side of the joke as he tweeted “Great costumes!”, followed by a warning, “Thomas, #OutOfTheWill!”. 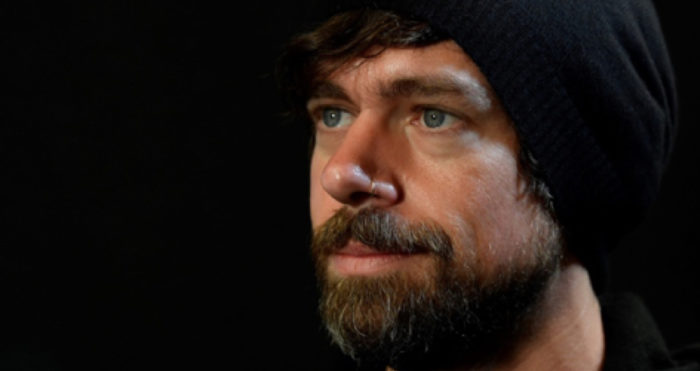 Twitter, which has long been a platform synonymous with political conversation, has decided to ban all political adverts.

The announcement, made in a tweet via its founder, Jack Dorsey, explained that “A political message earns reach when people decide to follow an account or retweet…paying for reach removes that decision, forcing highly optimized and targeted political messages on people. We believe this decision should not be compromised by money.

It’s unconfirmed whether this epiphany came to Jack during his 10-day silent vipassana meditation. However, it has already got the support of Hillary Clinton who said the move was good for American democracy. 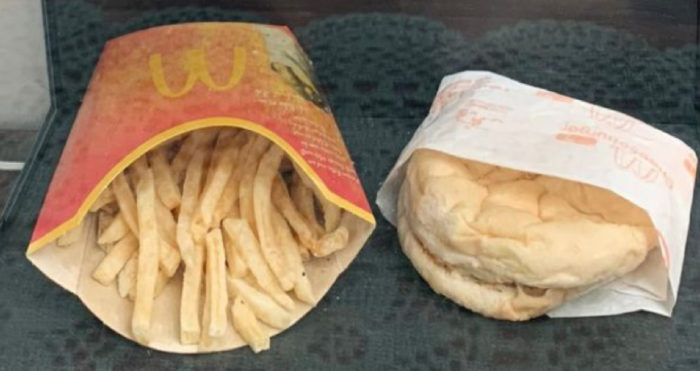 After McDonald’s decided to close all restaurants in Iceland in 2019, Hjortur Smarason decided to buy its last hamburger and fries.

Smarason purchased the junk food after hearing that “McDonald’s never decompose, so I just wanted to see if it was true or not”. He then decided to document the decay of the last burger and fries using a live feed on social media, and has encouraged others to share their #lastburgerselfie.