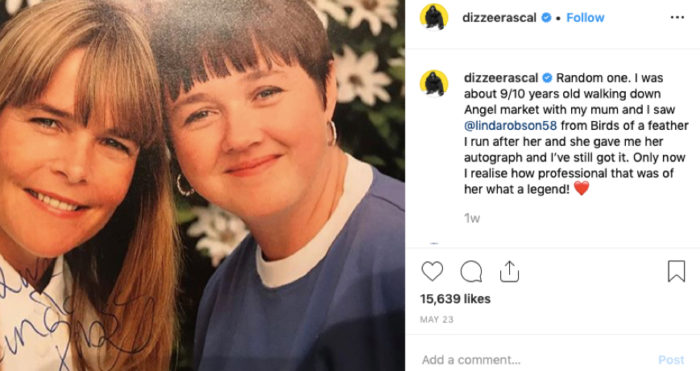 Don’t Make Me Get Old School

Growing up in the 90s was synonymous with Girl Power, dial up, printed map directions and of course, Birds of a Feather.

Dizzee Rascal was no stranger to the cult classic TV show. So much so, that he recently shared on Instagram a signed photo of his star struck meeting with one of the show’s stars, Linda Robson.

Thankfully, Dizzee cleared up the rumours that he walked round with a copy of Linda’s photo in his back pocket. Ever the professional, Linda had stock piled a photo of herself ready for her adoring fans. Sweet like Tropicana. 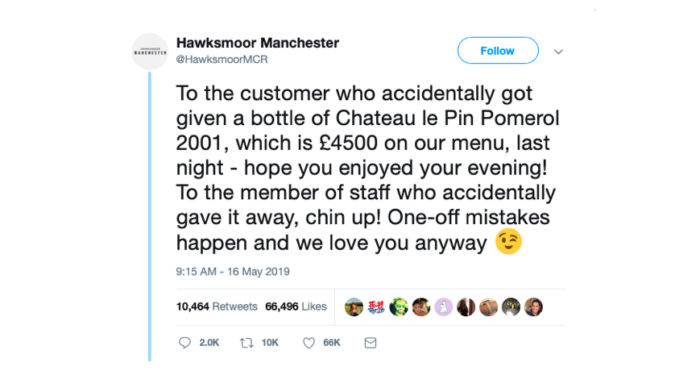 Hawksmoor Manchester recently owned up to accidentally serving a customer a £4,500 bottle of red wine.

The diner in question had ordered a £260 Bordeaux, but had received the Chateau le Pin Pomerol 2001 instead.

The mortified employee was told to keep their “chin up” as “one-off mistakes happen” by the upmarket steak restaurant in this tweet, which received over 66k likes. 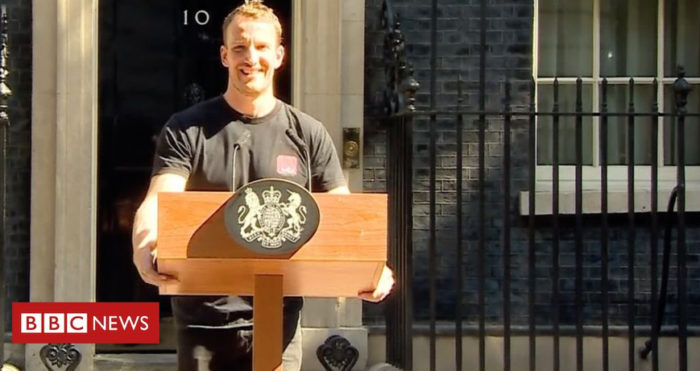 Outshining Theresa May in her own resignation speech outside 10 Downing Street was Podium Guy.

When sound engineer, Tobius Gough, stood in to test the podium microphone, it sent the Twittersphere into a frenzy, and led to #HotPodiumGuy trending on the micro-blogging platform.

Despite the furore, Podium Guy remained humble, “I have to say it was great lighting to make me look that good, the sun must have been at the right angle.”

A stolen brewery van in North Carolina, was found in just 42 minutes after a reward of free beer was shared on Twitter.

The Unknown Brewing Co. in Charlotte took to the platform to help the local community find the van after it was reported stolen in the early hours.

The business tweeted an incentive of a keg party to anyone who could tell them the whereabouts of the missing van. More than 15 people called in with tip-offs about the van and shortly afterwards someone posted a photo of the vehicle on their street.

As a thank you to the citizens of Charlotte for locating the van, Unknown Brewing has created ‘Van Theft Auto’; a new beer that will be sold for 25 cents on Wednesday 5th June.