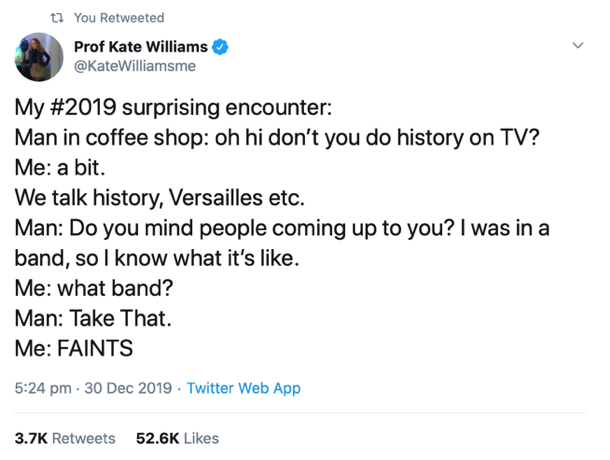 Who says that celebrities don’t have depth or intellect? This is exactly what Professor Kate Williams discovered recently during an unexpected meeting with ex-Take That member, Jason Orange.

Orange’s interest in history seems to have divided Twitter-users. With some calling this an unbelievable hoax. Meanwhile, others are keen to share their own surprise encounters with celebrities. 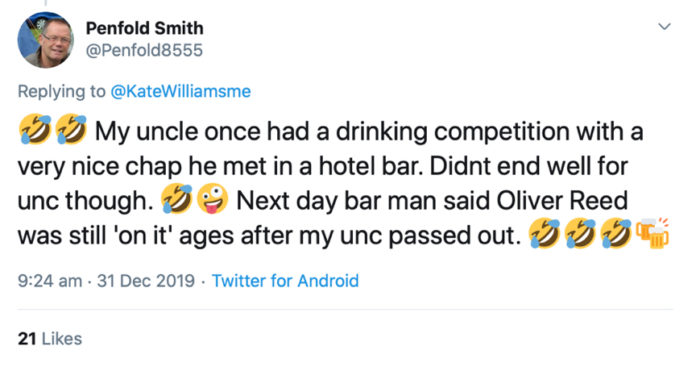 Cue stories about a friend of a friend meeting Johnny Depp in a sauna, spotting Howard Donald in the yoghurt section of Ringwood Waitrose and an uncle partaking in a drinking competition with Oliver Stone in a hotel bar. 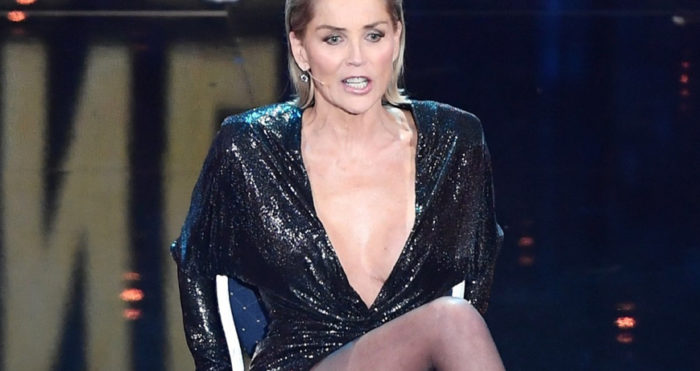 The news that shook the dating world. Sharon Stone recently tweeted that she had been banned from Bumble dating app.

Bumble had banned Stone after receiving several reports of a fake profile. Stone announced to her 163.2k followers, “Don’t shut me out of the hive 🐝”. 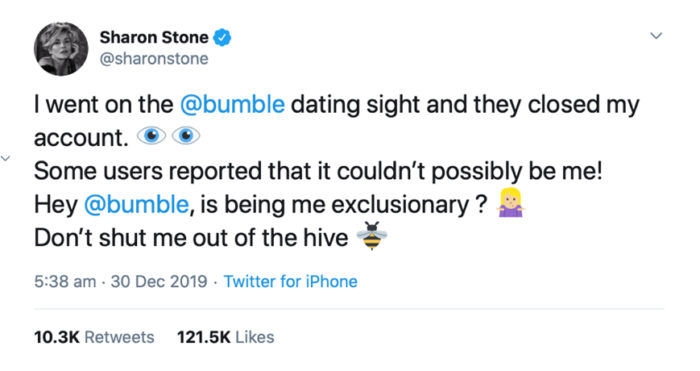 Bumble responded saying that Stone is no longer banned and free to get “back to Bumbling”. Bumble’s editorial director, Clare O’Connor, added “Hope you find your honey”.