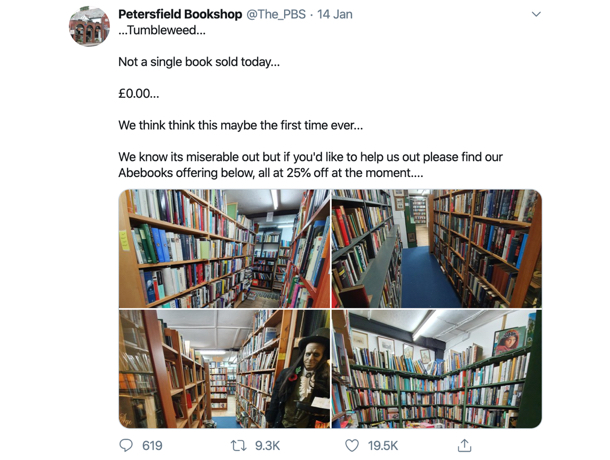 “Not a single book sold today”, shared Petersfield Bookshop sending the Twittersphere, including fantasy author, Neil Gaiman into a frenzy. 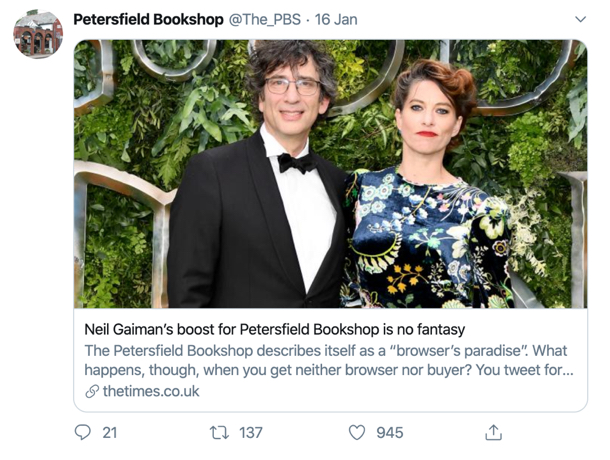 Since the tweet was sent, the bookshop has been overwhelmed with online orders and visits from numerous camera crews to its Hampshire location. 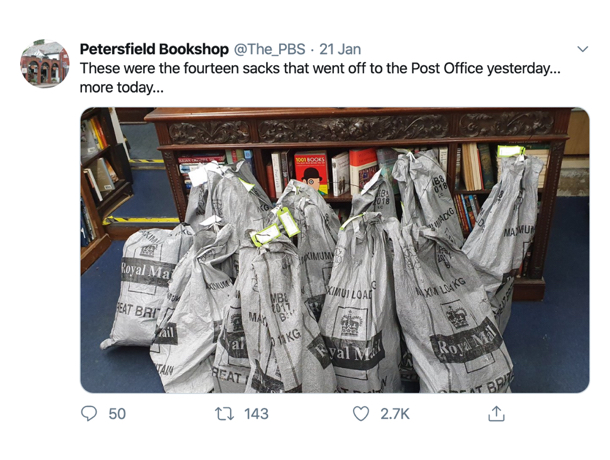 In a touching move that demonstrates the power of social, Petersfield has since vowed to help other independent bookshops, publishers and individuals in the fight against Amazon. 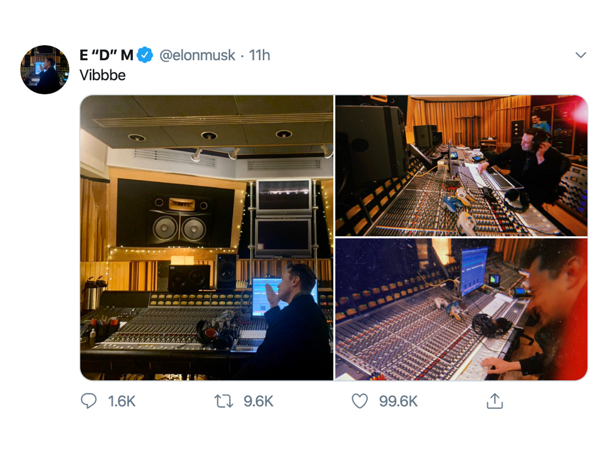 Musk recently posted a teaser of him recording the song in the studio and proudly quoted on Twitter that, “I wrote the lyrics & performed the vocals!!”

While we can’t validate the quality of the track, we do hope that Musk’s girlfriend, acclaimed musician, Grimes, was involved in its production… 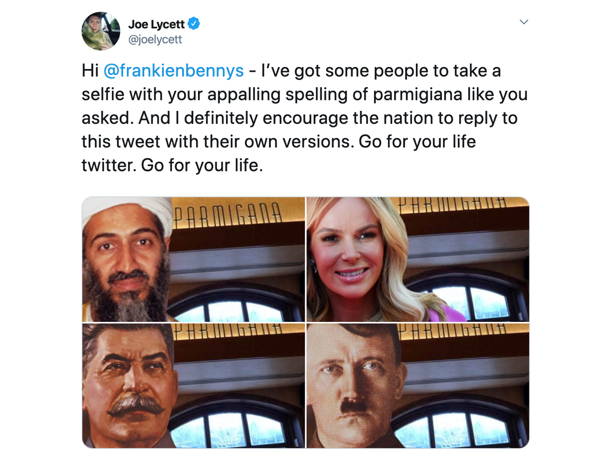 It seems that Frankie & Benny’s isn’t quite the authentic Italian restaurant we thought it was.

Last month, Twitter user, @joelycett, tweeted the global chain notifying the restaurant chain that it had spelt “Parmigiana” incorrectly. In response, Frankie & Benny’s requested the user to “capture a selfie…to highlight any other spelling errors”. 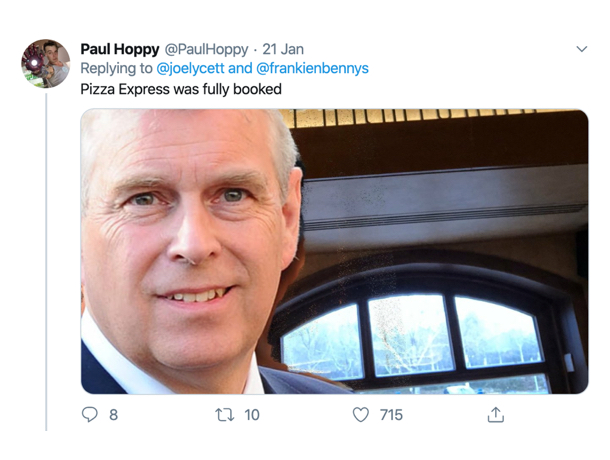 Following the exchange, a host of willing Twitter users took to the platform with some hilarious selfie replies, including one from chief pizza-lover, Prince Andrew.