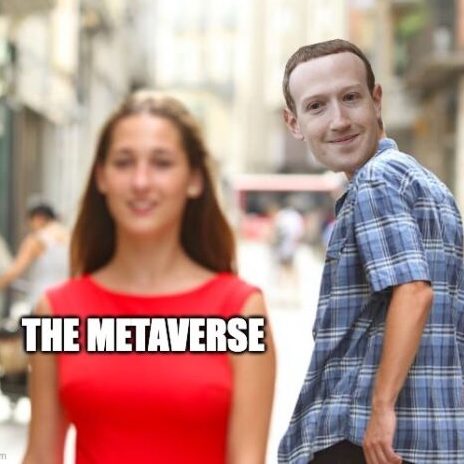 The Metaverse is the future of the internet. At least that’s what Mark Zuckerberg wants you to believe if his pivot towards virtual worlds is to pay off. But what is the Metaverse? And when will this slightly niche branch of virtual reality penetrate the mainstream consciousness?

The Metaverse, while still a fairly vague idea, refers to an all-encompassing virtual reality universe. It’s likely to envelope the worlds of gaming, shopping, and even virtual meetings.

Think of Facebook’s perennially pushed-back ‘Horizon’ as a Metaverse starting point. It’s currently a space for those more well-versed in VR creation to build worlds and collaborate with other creators, but expect this to broaden out into a virtual world full of unique avatars enjoying quirky gaming experiences and business break-out sessions.

But this won’t be all. Although Horizon will surely be a major player in the Metaverse space, companies including Disney and Microsoft are said to be building their own Metaverses.

Well, yes! In a sense, versions of the Metaverse have been around since the early days of the internet. Habbo hotel, with its avatars, wide ranging collections of rooms and groups and interactive nature is a great way to think about the Metaverse – only, obviously, a little more technologically sophisticated.

More recent examples that perhaps better reflect today’s Metaverse come from the world of gaming. Online games like Fortnite offer the kind of large-scale multiplayer experience with its own currency in the form of character customisations and victory dances (NFTs!). During the COVID-19 lockdown, we even saw a live concert by Travis Scott within the Fortnite world. What a time to be alive.

If it’s hip-hop royalty you’re after – the ‘Snoopverse’ might be the place for you. Yes, even Snoop Dogg has his own slice of Metaverse. If you want to live next door to the big man himself, you’re out of luck – a fan recently splashed out £340,000 for that privilege. No snooping!

In the next 12-months, we can expect to see more companies and influencers climbing aboard the Metaverse train (get ready to snap up some celeb-adjacent real-estate!) But the big question still revolves around getting the Metaverse to the masses. In his key-note speech last year, Mark Zuckerberg said it would be 5-10 years before the technology will be ready, but with VR headsets quickly becoming more accessible and cheaper – don’t be surprised to see the virtual world colliding with our own much sooner.