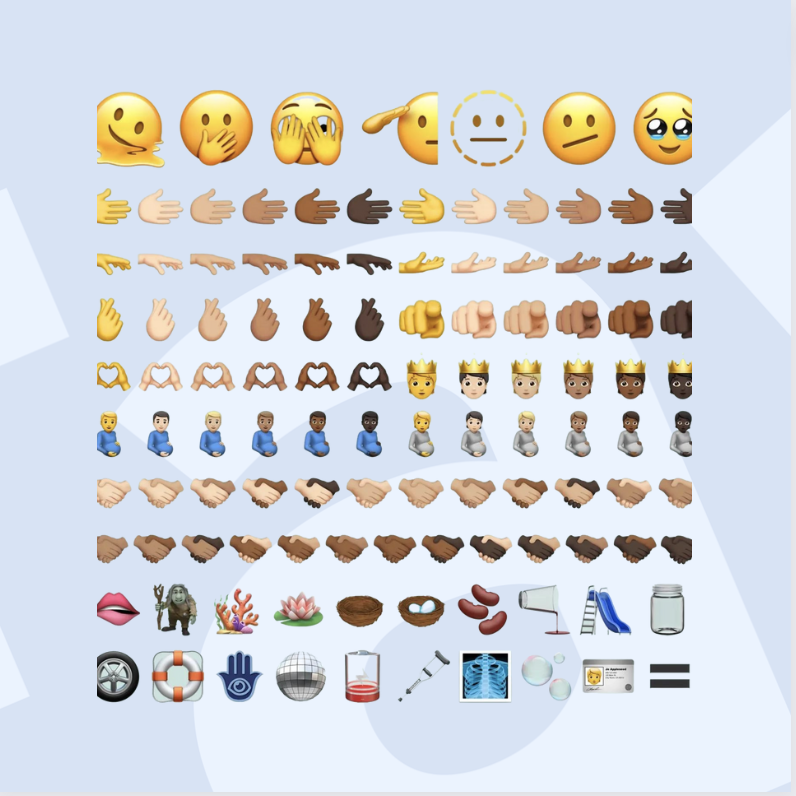 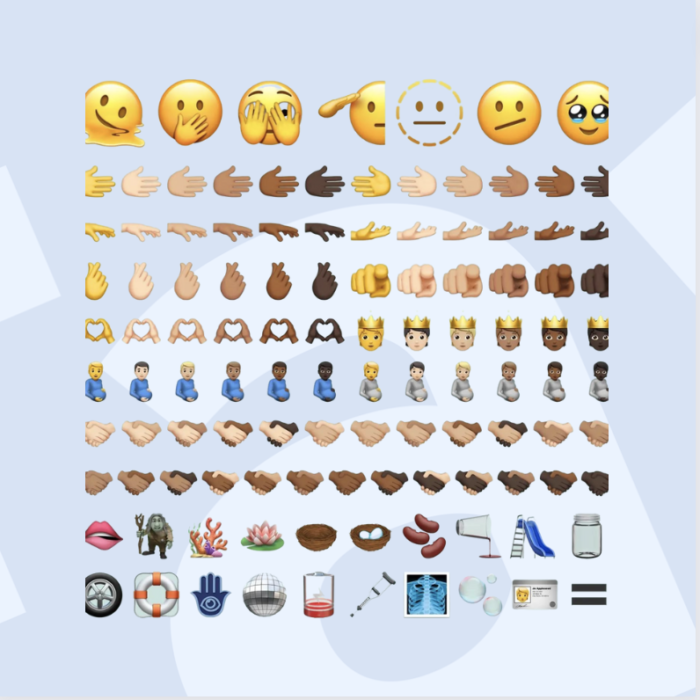 Apple has launched the new iOS 15.4 update, meaning we will see changes made to our iPhone devices such as the ability to unlock with Face ID whilst wearing a face mask (finally!), new Siri voices and an Apple Card widget that tells us our spending habits (yikes). The discussion across social media, however, has been focused on the all-important new emoji update.

There is no denying that emojis are a huge part of our day-to-day lives; a simple thumbs up to signify that something is all good via iMessage, or a laughing emoji when something isn’t funny enough for a ‘haha’ but still made you chuckle inside. We are a generation of emoji lovers.

The new update will see 37 new emojis embedded into our keyboards. Probably the most inclusive update yet, expect a range of different pregnant person emojis and multi-racial handshake emojis.As usual, we can also expect some fun (and random?) emojis, including a disco ball (hell yeah), a troll and some kidney beans (see, random). But seriously, all of these new emojis, and still no normal pink love heart? Or something to say ‘look, I’m being sarcastic here’. Come on, how many times do we need to ask?

On the topic of emojis, there appears to be a strange phenomenon occurring surrounding our collective emoji-memory. Does anybody else have a firm memory of the bank-robber emoji? We do, but apparently this is an example of the “Mandela effect”- a phenomenon in which a large group of people believe something occurred when it never did. Back in 2020, social media erupted because one Twitter user doodled onto an emoji to make it resemble a bank robber, saying that they ‘swore it existed’, and hundreds of users agree. What’s your opinion on this? Did it exist? Or were we all collectively very confused.

Which emoji are you looking forward to becoming a key-part of your text lexicon (texticon?) Let us know in the comments.