Social Media Then vs Now
November 2021

Before and after, then and now, ‘do it for the glow up’…

In the aftermath of Facebook’s rebranding (cc: Meta) we take a look at how far each of our favourite social media platforms has come since their launches and how much they’ve changed over time.

Facebook isn’t the only brand to change its name. Twitter originally launched as Twittr in 2006, when using vowels wasn’t very cool (cc: Tumblr and Flickr). Each tweet was limited to 140 characters, and there was no such thing as a verified account or a retweet – these features were introduced in 2009.

Twitter now shares 500 million tweets each day.  There are 330 million monthly active users, and the word Tweet has been added to the Oxford English Dictionary. Perhaps most infamously, Twitter has been a platform for the inner workings of Donald Trump’s brain, with each rampage technically considered as presidential records.

Aesthetically, Twitter has played it safe and only updated the iconic bird logo, and their new font launched in 2021. 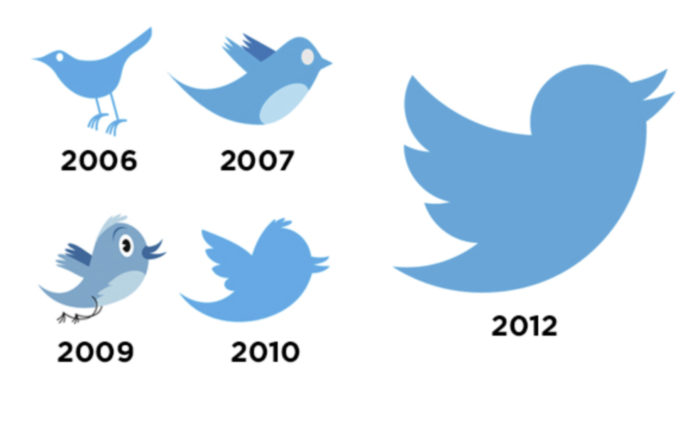 When Instagram launched in 2010, it gained 25,000 users in one day. With no message function or Stories, it was another 2 years before it was available to android users. The user-face was retro and basic, with a few filters and only the option of posting square images.

Instagram now has over 1 billion users. They’ve had a complete glow up, while the basic DNA has remained the same, the design and logo have been completely refreshed. You can post stories, send individual and group messages, launch an entire business, sell directly from the app, and have a creator/influencer account. All this is on top of 13 editing tools and 23 filters. Gone are the days when you’d slap on a ‘Valencia’ filter and call it a day. 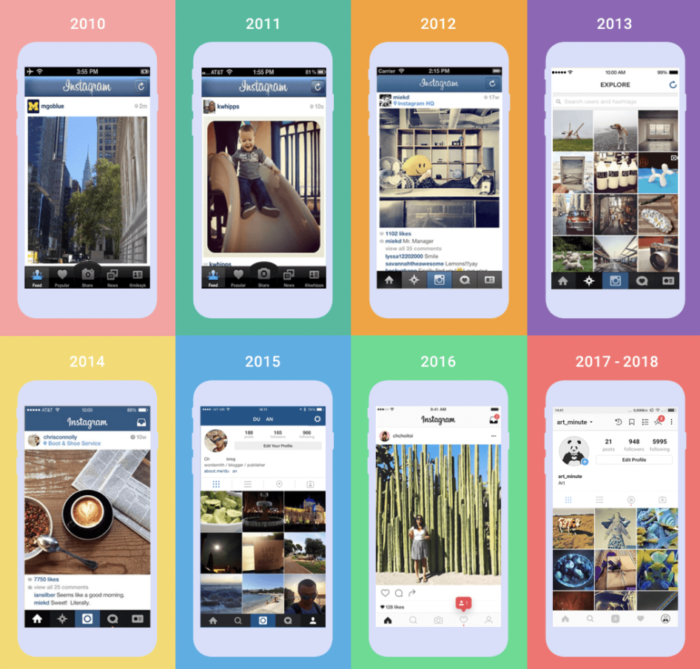 The OG social media platform (see: The Social Network), Facebook was launched to the public in 2007. With no newsfeed, no messenger, and no personalisation options, it was a basic online profile of all your favourite items. The early days of Facebook had a huge focus on groups, due to it stemming from a University background.

In 2021, Facebook is the third most visited website in the world. 63% of the adult US population have an account, and 200 million small businesses around the world launched on the website. It’s home to a secondary app, Facebook Messenger, and has its own Marketplace to conveniently buy and sell around the world.

Most recently in October 2021, Facebook has changed its corporate name to Meta as part of a major rebrand, though this does not apply to its individual platforms, such as Facebook, Instagram and Whatsapp. 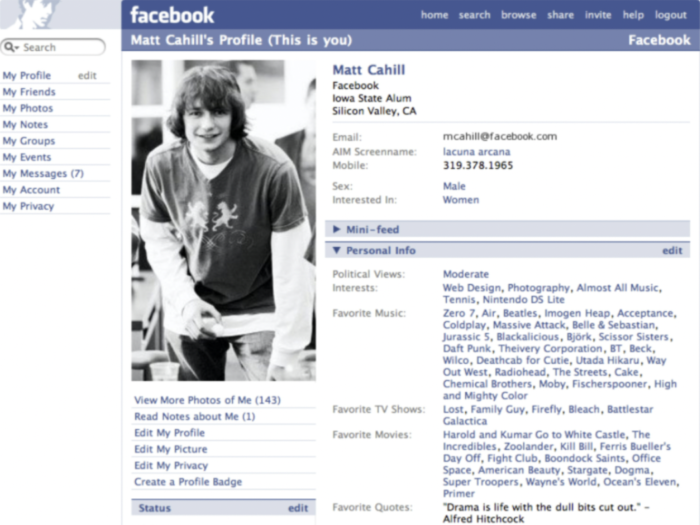 Back in 2016, Tiktok was just a song by Ke$ha. Originally an app called Musical.ly, TikTok officially launched in 2016 as a video sharing app, with a lot of content focusing on lipsyncing songs and excerpts from film and TV.

TikTok now has 689 million active users worldwide and two billion downloads of the app. In February 2018, TikTok user Lil Nas X uploaded a song, “Old Town Road”, which went so viral that music legend Billy Ray Cyrus found his way onto a remix of the song, which then became the longest ever running number-one on the Billboard chart. TikTok has the influence to inspire global trends – even the BBC news theme tune went viral – and has recently funded creators in order to provide an income to its top contributors.