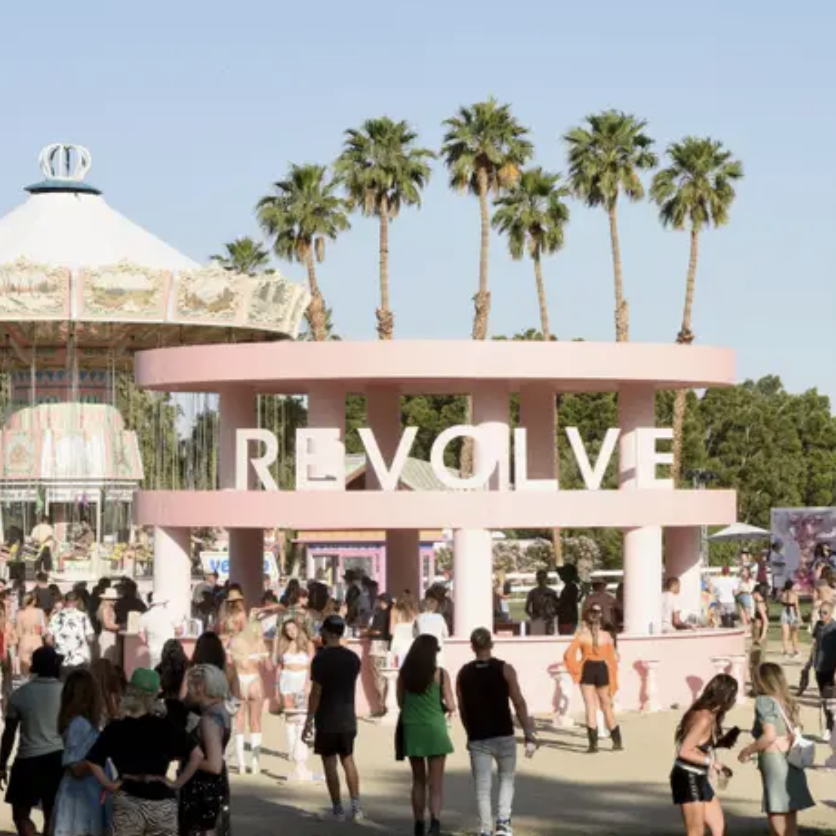 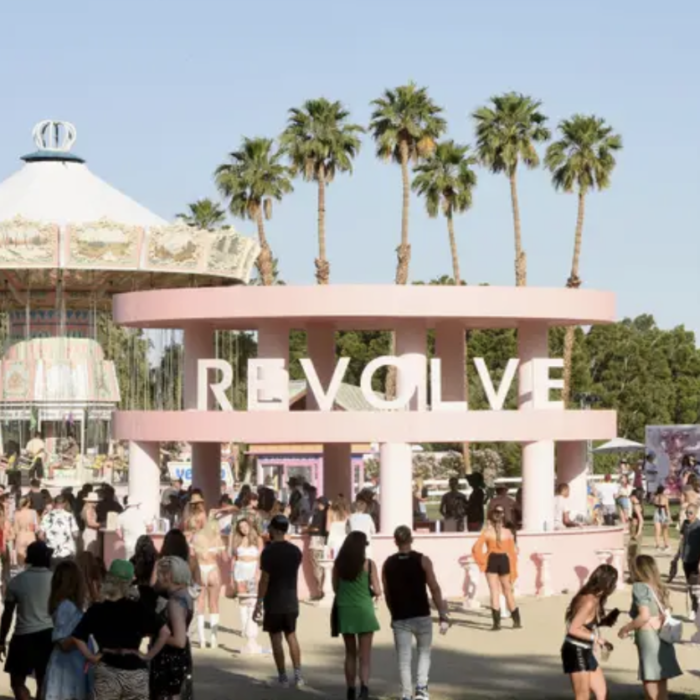 After a two-year hiatus due to the pandemic (what else?), social media hot topic, Coachella made its long-awaited return this weekend with performances from Harry Styles, Billie Eilish, Pablo Vittar, Rina Sawayama and more, plus a fresh, brand-related influencer storm worthy of another Netflix doc: Revolve Festival.

Revolve Festival is an event dedicated to music and shopping – hosted by a designer outlet retailer based in the US, with a star-studded invite list ranging from Kim Kardashian and Kendall Jenner to Willow Smith and Timothée Chalamet, and a Insta-worthy desert location in Indio, California, what could possibly go wrong?

Revolve boldly claimed its event was going to be one of the “biggest of the year,” and according to US gossip mag Page Six, tickets were priced between $1,200 and $100,000, while certain influencers were invited to attend for free, in exchange for 12 posts on Instagram.

The festival had all the ingredients for a picture-perfect influencer meet-up. However, many non-VIP attendees took to social media, TikTok in particular, to document the ‘Hunger Games’ style events which unfolded, with numerous reports of fights for water, food and space on shuttle buses.

However, the post that garnered the most engagement happened to be one that captured the downside of the festival, specifically the hectic means of transport to the event.

A TikTok video by Averie Danielle Bishop discussing the “chaos” of Revolve Festival has over 3 million views and more than 340,000 likes. In the clip, she mentioned how she waited in the ‘dangerous’ line for the shuttle for over two hours, and included videos of people pushing and shoving to get on the limited number of buses. The event appeared to struggle to accommodate the number of guests invited, with multiple videos showing crowds of people waiting in the desert sun, without water. 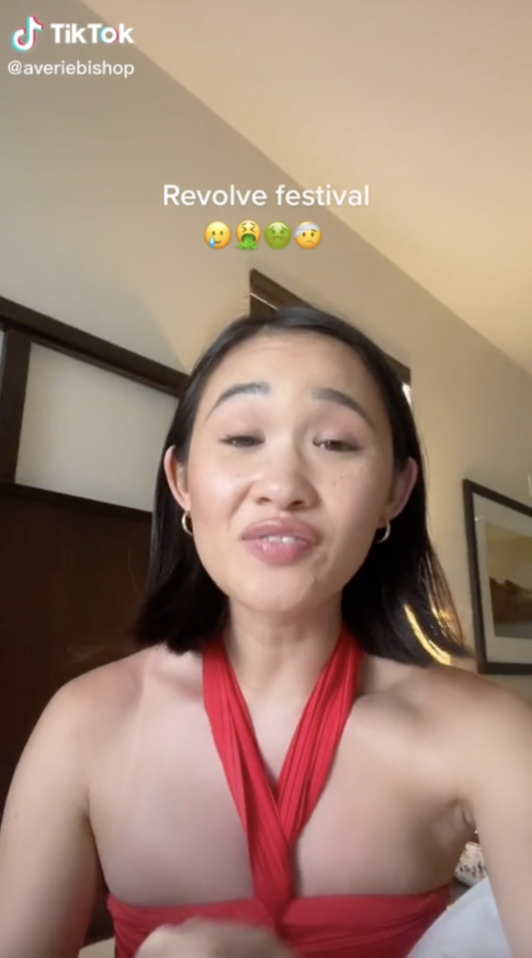 Joseph Kaps, from Los Angeles Magazine, also detailed the reported chaos and said the event ‘sinks to level of Fyre Festival’, writing on social media “Influencers stranded in the dirt with no water, under the hot sun for HOURS, waiting for buses that aren’t coming to bring them to the actual festival “ comparing it to the infamous ‘festival-that-never-was’ in 2017, where guests struggled to get food and drink and even a place to sleep, despite being promised one of the most outlandishly luxurious festival experiences. 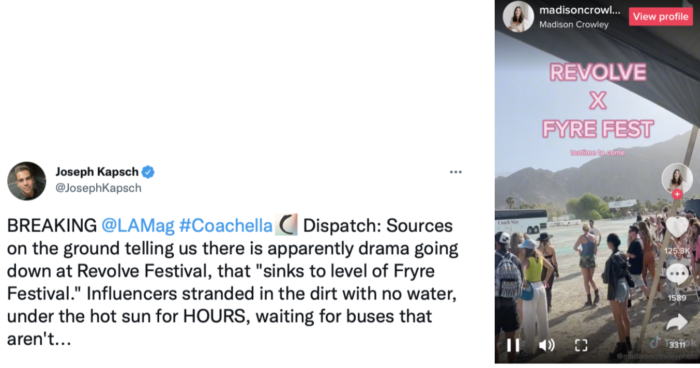 Revolve released a statement to E! News concluding with them saying “We sincerely apologise to all the guests who were impacted. We always strive to provide a great experience and we promise to do better.”

What are your thoughts on this? Is it just another storm in an influencer’s teacup, or did the festival bite off more than it could chew? One thing for sure is that if it wasn’t for the rapid spread of news on TikTok , this event might have slipped under the radar.